In a week of massive events, Wry & Dry's usually disciplined mind has been distracted by some truly extraordinary media releases.

Consider these exemplars of lexiconological bastardry:

"The ANZ Bank will restructure into teams of about 10, known as 'squads' that group into 'tribes', replacing managers with coaches and product owners, who will be picked on their adaptability and capacity to work collaboratively in multi-disciplinary teams, rather than their work experience."

-  Media release from ANZ Bank this week, quoted on the front page of the AFR, succinctly and clearly stating the future of the bank.

W&D is not kidding.  This is a podium finish stuff.

W&D will take a visit down to ANZ Global HQ and look out for 'squads' and 'tribes'...

...and report back to Readers.

Over the waters, Readers may have seen the acerbic wit of Lucy Kellaway in the venerable Financial Times this week.  She drew her readers' attention to this media masterpiece from the unpronounceable Mondelez [1] (formerly Kraft):

"Our search for a successor [to the head of marketing] will focus on finding a digital-first, disruptive and innovative leader who can build on Dana's legacy and mobilise breakthrough marketing in a rapidly changing global consumer landscape."

This is up there with the ANZ.

"Quick!  We need a media release about something.  Quick...

Good grief!  Ye gods!  What an amazing investment return!  No wonder they put out a media release.

So why the exciting media release?

NAB, Thursday:  "There is potential (apartment) oversupply in parts of NSW and Victoria."

Perdition to anyone who takes on the Catholic Church?

Readers will know that the three most powerful lobby groups in Canberra are the pharmacists, independent schools and the Catholic Church (the banks used to be right up here, but somehow, well, the wheels fell off).  W&D is a low-church Anglican, but is quite ecumenical.  And has a strong sense of the importance of faith in life, across all religions.  But Big Religion (all denominations) is one of the five 'Big Uglies' that give him grief.  The other four are Big Business, Big Unions, Big Left and Big Government.

[W&D omits Big Right as a pest.  The right wing couldn't organise a game of marbles in an underfunded primary school yard.  Effective lobbying today requires use of social media, which implies the use of technology.  The right-wing freakies have just moved from rotary-dial to push-button home phones.]

And so its perdition to any government that takes on the intersection of (a) a Powerful Lobby Group with (b) one of the Big Uglies.  And the Catholic Church sits in the middle of that Venn diagram.  And so following Wednesday's Gonski v 2.0 the Catholic Education folk are howling that funding will be cut to a few of their over-funded schools.

And the movers and shakers in the Catholic Church have begun a victim-led pincer-movement on the government, to turn around this fiscal barbarism.

Secondly, massive lobbying of denominationally-friendly politicians.  Starting with RDS-afflicted Tony Abbott.  This was manna from heaven for the ex-PM.  Okay, behind #1: going to heaven.  Just after #2: a birthday card from Rome.

And so The Abbott hit the airwaves and media with barely concealed outrage that his party could do such a thing to Catholics.

Croesus Turnbull is himself a Catholic, so this will make for some interesting conversations...

But, of course, the real whingeing will be on Wednesday morning, after the budget.

Be prepared for whingeing from the 'losers' so speedily identified by the media (plus photos and the hard-luck stories).  The only blessing (to continue the religious theme) is that journalists at the Spencer Street Soviet (The Age) and the Sydney Morning Herald have called a seven-day strike.

As W&D foreshadowed recently, Italian flag carrier Alitalia is on its landing-gear.

Following airline employees' refusal to concur with a union-management agreed rescue plan, the next step has been taken. Administrators have been appointed. 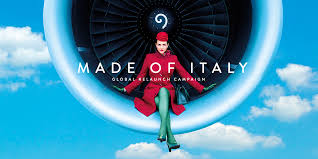 Government officials say that there will not be another government bailout (the government has kicked some €7 billion into the Alitalia black-hole over the past decade).  But never stand between a government and electoral victory.  W&D sees a bailout coming.  Or the workers coming to their senses.

But W&D will be following a more interesting election this weekend: tomorrow's election for the President of the Australian Olympic Committee.

Incumbent John Coates has been in the role for 27 years, ranking him with the other long-standing leaders:

W&D isn't for one moment suggesting that 27 years is too long in power.  Err, well, actually, yes it is.  Looking at the list of similarly lengthy incumbencies, one cannot help but think of two common characteristics: An overwhelming desire to hang onto power and long-term decline of their realm.

But the AOC voting system gives each Olympic sport the same size voting power, no matter the size.  So Australian Biatholon, which sent one athlete to Sochii in 2014, gets the same voting power as Swimming Australia, which sent 34 athletes to Rio.

HRH Prince Phillip announced yesterday that he will relinquish royal duties later this year.  And effectively retire.  Good grief, the boy is 95.

New Sultan of Turkey, Recep Tayyip Erdogan, has wasted no time in turning back the clock.  And blocked all internet access in Turkey to Wikipedia and banned all television dating shows because they do not fit with Turkish traditions and customs. W&D vaguely remembers reading about the Turkish tradition of a harem.  W&D will alert Readers on developments.

In Oregon, Yoo Ess Aye, Mats Jarlstrom used mathematical equations to argue to the government that the state's yellow lights should last longer before cutting to red. He was promptly hit with a $500 fine for the "practice of engineering" without a licence.

Each of the US Fed and the Australian RBA left target interest rates unchanged.  No surprises, there.

The price of oil fell to $46 per barrel, its lowest since OPEC cut production in November.

UK PM, Teresa May has said, on the dissolution of parliament ahead of the 8th June election, that there will not be a dissolution honours list, for the first time since Clement Attlee in 1950.

Her predecessor, David Cameron, tossed out awards like confetti when he resigned last year.  Winners included included his wife's stylist and two of his former drivers.

There goes Tony Abbott's chances of a gong.

But there is always Miscellany to soothe your troubled mind.

[1]  Mondelez International, Inc., styled Mondelēz, is an American multinational confectionery, food, and beverage company. It consists of the global snack and food brands of the former Kraft Foods Inc. Mondelez brands include such as Oreo, Chips Ahoy!, Nabisco, Toblerone and Cadbury.