Irreverently reviewing the week
Home » What Are You Looking For? » Wry & Dry » No. 03 FY-18 » Winter of discontent. To lose one Senator is... Europe emerging?
Load Previous Article

Winter of discontent. To lose one Senator is... Europe emerging?

"To lose one Senator may be regarded as a misfortune; to lose both looks like carelessness." [1]

And so Wry & Dry returns to the Collins Street Salt Mine (after a spell in the top paddock [2]) to a macabre blend of the ridiculous (The Greens); the doomed (the Government) and the global laughing stock (The Yoo Ess Aye).

The only possible good news is that Europe, economically, is beginning grow.

The Greens. New Zealand: Foreign, but hardly a power.

So far, not one, but two Green Senators have found themselves disqualified from being a Senator.    Each breached section 44 (i) of the Constitution, that forbids Senators and Representative being a citizen of a 'foreign power'.

Whilst there is no doubt that Canada (Senator Waters' birth place) is indeed both foreign and a power, W&D would argue that New Zealand (Senator Ludlum's birthplace), whilst being foreign is certainly not a power.  The New Zealand Army consists of 4,500 soldiers; 2,132 sailors (on two frigates); and 2,403 airpeople but no combat aircraft.  Not much power there.  W&D considers that Senator Ludlum's decision to resign was premature.

Separately, one of the problems of party-run Senate (or state Upper House) tickets is that the party, obviously, puts its most desired candidates in winning positions.  The balance of the ticket is often chosen not because of competence, but because of the need to reward party loyalty (time-servers, martyrs, etc) or to signal single-interest virtue (a minority voting group or disadvantaged person).  State Upper Houses are awash with surprisingly successful but ultimately incompetent candidates.

A consequence of the disqualifications means that the State Green party concerned (WA and Queensland) now has to elevate the candidate who was next on the last Senate ticket.   Or maybe not.  W&D will see how the negotiations proceed and whether the loyalists and virtuous indeed will take their place in the plush red seat of the Senate.

W&D suggests that, in view of the Greens strong advocacy of 'country of origin' labelling, that they themselves be stamped with their Country of Origin.  And perhaps, for good measure, a Use By Date.

Now is the winter of W&D's discontent

W&D, with more drugs on board than Mick Jagger, has recently spent a great deal of time lying awake in the middle of the winters' nights, waiting for allegedly pain-squashing drugs to kick in.  Watching television at 2.30am is most interesting.  Actually, it's not.

Arguably, the three most boring sports known to personkind have been recently broadcast: women's tennis (Wimbledon); women's cricket (the World Cup); and a men-only bicycle ride around the villages of France.  Notwithstanding the excruciating ennui of each sport, none could get W&D to sleep.  Instead, he discontentedly contemplated Australia's political future.

The conclusion?  The clearly mentally deranged Tony Abbott's wrecking mission will be a success beyond his wildest wet dreams.  His latest hand-grenade into the government's tent was his attack on the government's proposed new Home Affairs portfolio.  He conveniently had forgotten that only last month he himself was advocating that very ministry following the terrorist incidents in London.

But Abbott will never let contradictions, about-faces or distortions of the truth to get in the way of his unrelenting aim to cripple the government and Croesus Turnbull and sow cruel vengeance on those who have wronged him, no matter the cost.

Every utterance is made under reasoning that as a former Prime Minister he has "a duty to speak out."  What dissipated arrogance, unbecoming of a politician, much less a Prime Minister.  The Prime Ministership is not an eternal licence to self-indulgent grand-standing.

There is do doubt in W&D's mind that the Liberals will now lose the upcoming and the subsequent federal election.  It is now too late to turn around the ship.

Turnbull will retire graciously.  The new Liberal Leader will be a pragmatic centrist from New South Wales.

Prehensile Abbott-supporting Liberals will retain their Canberra sinecure: for example Senator Eric Abetz, who is as good a political hater as one might imagine (not due to face the voters until 2022[3]); Kevin Andrews (somnolent in parliament for what is now 26 years) and Michael Sukkar (an odd blend of a broad intelligence and a narrow mind).  Each drawing their considerable annual remuneration in exchange for a scant contribution to the good government of Australia.

If the Liberals were to be replaced by a Labor government of the character of Hawke and Keating, W&D would applaud the change.  But Labor, under William Shorten, is even more hostage to sectional and ideological interests.  And has and will move Labor to the left in an attempt to fight the growing Green influence in inner city seats.

Australia will be even more ungovernable.  But, more importantly, cartoonists will have precious little with which to work.

William Shorten is so devoid of personality that W&D recalls and updates the erroneously-Churchill-attributed barb: "An empty taxi pulled up.  And Bill Shorten got out."

W&D's winter of discontent will not be made a glorious summer by anything other than the confinement of Abbott by men in white coats.

W&D has always wondered where all the earnings of the movie stars go.  Well, the fiscal woes of a John Depp, apparently an actor of some repute, have come to the surface in a US court case (where else?).  And have shone a torch light on a range of practices. 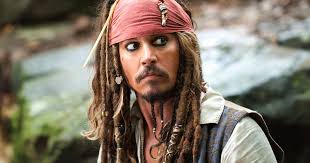 Lifestyle purchases include a chateau in the south of France set on 45 acres; a chain of islands in the Bahamas, a 150 ft yacht and 70 collectible guitars.  He also has 40 full time employees.

Mr Depp now has debts of over US$40m.  Time to find some sunken treasure?

William Shorten: well to the left of the average voter

The political leanings of the average Australian voter are much closer to those of Croesus Turnbull than William Shorten.  And certainly closer than Tony Abbott, who is seen to be as far right as One Nation.

This is most intriguing research (undertaken by JWS Research, of 1,251 voters, about the normal polling size).  There is no surprise at the assessment of the Greens and of One Nation.  But W&D is not convinced that Xenephon is that far left: NXT is essentially a single issue party (South Australia first, last and always).

But how about voters seeing William Shorten as more left wing than the party he leads.  And to W&D's mind, that is probably a fair assessment: Shorten (nominally from the right-wing of the union movement) has been dragged to the left by the Greens.

And his speech today to the Melbourne Institute will confirm his increasingly left attitude.  His focus on 'equality' reminds W&D of that dreadful Victorian Premier, Ms Kirner, who advocated 'equality of outcomes'.  Surely the issue is equality of opportunity.  But that's another story for another day.

Back to the research.  Finally, it shows that Tony Abbott's view of how close he is to the average voter is more than a little misguided.

W&D is thankful to the Economist magazine for pointing out that former US President Calvin Coolidge had a hippo. And that George W. Bush owned three dogs, a cat and a cow named Ofelia.

But in a break from tradition, Donald Trump is the first president in nearly 150 years to go without a pet to keep him company in the White House.

With his popularity falling, W&D suggests that he reconsider: as Harry Truman, president from 1945-53, said: “If you want a friend in Washington, get a dog."

Europe – up from the canvas

The STOXX 600, an index covering 600 large cap listed companies in 18 European countries, has reported year-on-year earnings growth of over 20%.   Mind you, this off a modest base.  But in the first three months of the year, profit generation was higher than at any time in the preceding six years.

* The Australian economy has had its longest run of consecutive employment gains in more than six years, with 170,000 jobs added in the first six month of 2017.

On the 200th anniversary of her death, an image of Jane Austen will be on the UK's new £20 note.  Ms Austen's acute wit and accessible style made her novels a delight.  And those novels were peppered with sayings that sounded sensible, but perhaps were not so.

W&D remembers: "It is a truth universally acknowledged, that a single man in possession of a good fortune, must be in want of a wife."  [4]  Nuh.  Such a man needs a good lawyer and a good wealth manager.

And in this world of troubles, Miscellany will soothe your troubled mind.

[1]  ‘To lose one parent may be regarded as a misfortune; to lose both looks like carelessness.’   Lady Bracknell in The Importance of Being Earnest.  Oscar Wilde.

[2]  Actually a knee replacement operation.  W&D has done the research - this is worse than child-birth.

[3]  Born in Germany, but sadly, it seems, renounced his German/ European citizenship.  But only in 2010, sometime after becoming a Senator.  One day, someone will put the microscope on Senator Abetz.