Wilders was never going to become Prime Minister, because the country's electoral system effectively only allows coalition governments.  And each of the other major parties had all said they would not form government with Wilders, even if his party won the majority of seats, as was expected.

The fear across the Europe Union's bureaucracy was that Wilders would win a majority of seats, and even if not forming government would add fuel to the fire of 'let's leave the EU'.  And put an in-tray of Eurocrats out of work.

But Eurocrats can breathe safely.  Well, until the next significant election, in...

The news is that the right-wing (but not far-right, that's Marine Le Pen) candidate Francoise Fillon was charged with offences relating the 'Penelopegate' (i.e. involving alleged illegal payments to his wife, Penelope).

Fillon was hot favourite to win the Presidential election, but he's now impaled on the slow moving French justice system and the surge in popularity of Centre-leftist, Emmanuel Macron.  Macron appears to be a shoo-in.

But there's still a lot of water to flow under Pont Neuf. 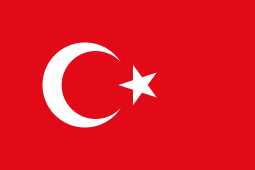 W&D includes Turkey in this update, not because a tiny part of Turkey is actually in Europe (readers will know the figure is about 5%).  But importantly, Turkey is part of NATO, and sits at the cross roads of Europe and Central Asia.

As W&D has previously alerted readers, President Recep Erdogan is seeking to change the country's constitution to give himself the dual roles of head of government and head of state.  And the ability of Mr Erdogan to remain in power until 2029.  The referendum is on 16th April.

To W&D's mind, not only is Turkey back-tracking on its secular, pluralist and democratic government introduced by Mustafa Ataturk, the Turkish Republic's 20th century founder (post the First World War, on the demise of the Ottoman Empire), but it is returning not only to a lite-theocracy but also to autocracy.

Readers will be aware of Abdul Hamid II, the 34th and last Sultan of the Ottoman Empire, who got the DCM [1] in 1909.  Aside from having thirteen wives ("the nightly question, how does one choose?"), Adbul oversaw a period of decline in the power and extent of the Ottoman Empire, including widespread pogroms and government-sanctioned massacres of Armenians and Bulgarians.  The man was a reviled tyrant.

But, surprise, surprise, there has been a resurgence in Abdul's popularity.  Erdogan's Islamist Party has quietly undertaken a revisionist programme about Abdul and his contribution.  And that programme has moved from off stage to centre stage.  Recently, the state broadcaster began a documentary on the last years of Abdul's reign, showing him to be, amongst other things, devout and honourable.  All of this, of course, is to prepare the way for the rise of modern Abdul: Sultan Recep Erdogan.

This is more alarming than the rise of the far right-wing populists in Western Europe.