Irreverently reviewing the week
Home » What Are You Looking For? » Wry & Dry » No. 25 FY-21 » Bumper Christmas Edition: ? Of the Year Awards
Load Previous Article

No matter what child of Abraham you are, may Christ's blessing of peace be with you and your family.

? Of the Year Awards

Last night, Wry & Dry held its Annual? Of The Year Awards. It was a glittering on-line ceremony, with an on-line red carpet, on-line banquet and on-line speeches.  Sadly, none of the winners were able to attend on-line or otherwise.  Which made for a short ceremony.

For those Readers who foolishly couldn't attend, the major winners are listed below.

Tool of the Year

Tool: A guy with a hugely over-inflated ego, who in an attempt to get undue attention for himself, will act like a jackass, because, in his deluded state, he will think it's going to make him look heroic.

Winner: Donald J Trump.  He successfully blended a rare genius for self-publicity with the EQ of Attila The Hun and of being President.  This meant four years of full time employment with overtime and penalty rates for cartoonists, comedians, impersonators and lawyers.

Runner-up: Barnaby Joyce.  In January, Barnaby, that beetroot-faced and -shaped maverick politician from northern climes was suffering badly from RDS.  And so decided to challenge for leadership of the National Party.  It a fit of unforeseen wisdom from the Gnats, Barnaby's colleagues rejected his claim.  And hung the Tool out to dry.

Embarrassment of the Year

Embarrassment: The emotional state of being made self-consciously uncomfortable, especially by one's inability to apply anti-aging product. 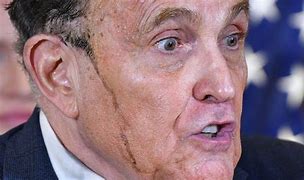 Hurt Feelings of the Year

Hurt feelings: Real or imagined sadness inflicted upon Party A of low self-esteem and low resilience caused by Party B's words or actions.  Party A will often retaliate with puerile bullying tactics that reflects it's lack of security and low mental toughness.

The Winner:  Emperor Xi Jinping. He (Party A) has been deeply wounded by suggestions from the Australian government (Party B) that an investigation should be carried out into the causes and actions surrounding the outbreak of covid from the Chinese city of Wuhan.  He has responded by banning imports of almost every Australian primary product, from coal to lobsters. 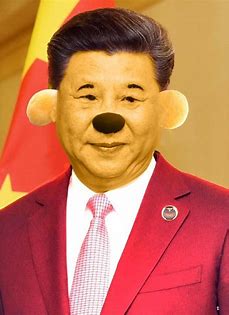 Beloved book and animated cartoon character Winnie the Pooh was censored in China because cartoonists were using him to satire Emperor Xi Jinping.

What! No Hairdryer of the Year

What! No Hairdryer: A term used to describe a woman who could not live without an LBD, someone else's credit card and a hairdryer.

The Winner: Ghislaine Maxwell. Ms Maxwell is now willing to pay bail of $28m, just so she can have access to a hairdryer.  Readers will recall that she is a former 'associate' of Jeffrey Epstein and charged with enticement of minors, sex-trafficking of children, perjury, etc.  She is awaiting trial in a New York slammer.  Bail had been refused.  Her problem is that there are no amenities to dry her hair.  As Readers can see from the below photo her hair is of a length that it really needs a hairdryer.  Readers' eyes will also be drawn to... the Christian Dior trench coat.

Princess of the Year

Princess: A girl who’s a piece of work, high maintenance and used to getting her way. Most likely because she was spoiled growing up or has had a string of wussy ex-lovers that allowed her to run the show. She’s a bit snobby and has a large wardrobe.  Often unashamedly a gold digger. 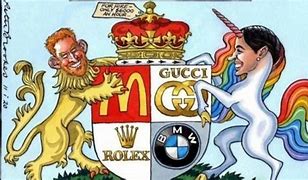 The Winner: Princess Duchess of Sussex. Say no more.

The Runner-Up: Ita Buttrose. The Chairman of the Australian Broadcasting Commission said she "felt disrespected" by the Communications Minister writing to the ABC board about an ABC programme watched by a small number of people.  Oh, petal.

The Pub Tester of the Year

Pub Tester: a politician whose sole decision making criteria is "the pub test".  The pub test is what the punters talking in the front bar of a pub would think about any given subject after drinking five standard drinks in each of five successive hours.

The Winner: Scott Morrison.  The throwing of AusPost CEO Christine Holgate under the bus because she gave senior executives a $5,000 Cartier watch each (for a project that added over $100m revenue) because such an action "wouldn't pass the pub test."

Very Well, Alone! of the Year

Very Well, Alone! [1]:  A situation of defiance in the face of the collapse of a long standing relationship.

The Winner: Boris Johnson.  Borisconi relished the opportunity to present himself as a latter day Churchill at all times through the never-ending-story called Brexit.  This self-identification was honed as he wrote an innovative biography of Churchill.  However, that self-identification has turned to self-delusion as the quixotic quest for popularity overwhelmed commonsense.  English pubs were closed, opened, closed, opened as he see-sawed between listening to expert advice and listening to talkback radio.  The UK's deaths per million ranks 9th of 150 countries, just ahead of the USA.  And behind countries with significantly worse health-care.[2]

[1] Very Well.  Alone!  was the caption on a David Low cartoon after Paris fell in June 1940.  The famous cartoon showed a grim faced British soldier standing on a rock in the middle of a stormy sea shaking his fist at a squadron of enemy bombers approaching across a pitch black sky.

Social Engineer of the Year

Social Engineer: A master of the human psyche who may, at a moments notice, bend the will of another human or humans to fit his own social construct.  Often a politician who controls the employment of others and thus can dictate their behaviours.

The Winner: Daniel Andrews. The Victorian government has asked its public servants to stop using such gender identifying terms such as husband, wife and sir in a bid to avoid offending people.

Expectation of the Year

Expectation: The state of being the object of millions as the person who will miraculously rescue each from their fiscal, health and personal worries within a four year period.

Gap of the Year

Gap:  The distance in any unit of measurement a prominent person achieves between him/herself and second place in any area of activity.

Winner: Daniel Andrews.  There is no doubt at all the Premier Andrews is the runaway winner (see chart, below).  The gap between him and second place was over 600%.

Runner-up: Silvio Berlusconi.  The former Italian Prime Minister, aged 83 and still in his prime, was dumped in July by his 35 year old girl friend, who took a €20m gift for her 12 years of, err, enthusiasm.  And so he took on a new partner, a Miss Marta Fascina.  Miss Fascina is a mere 30 years old.  The gap of 63 years is the highest recorded by any former Prime Minister of any country.  Ever. 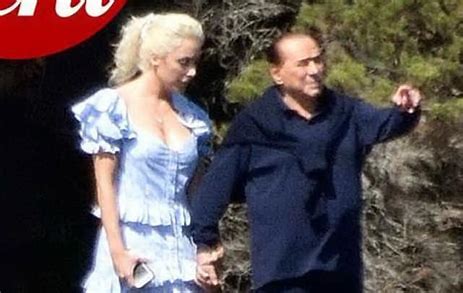 Wry & Dry comments:  Without a hint of irony, Tsar Vlad concluded, "If they wanted to poison him, they would have finished the job."

Wry & Dry comments:  No surprises there.  China's ranking would fall to 85th spot, from 78th.  The World Bank's Doing Business report has become a premier international ranking of countries’ business environments, motivating governments around the world to jockey for higher positions to attract foreign businesses.

The UK's headline unemployment rate rose to 4.9% in the three months to October, 1.2 percentage points higher than a year earlier but only a fraction higher than the 4.8% recorded in September and better than the 5.1% City economists had forecast.

Wry & Dry comments:  This will get worse before it better, as the winter of discontent rolls on.

Boris Johnson is expected to visit India in January as the chief guest at the country’s Republic Day parade on 26 January, underlining the British government’s desire to expand alliances around the world after leaving the EU.

Wry & Dry comments:  Looks like Jimmy Morrison's invitation for Borisconi to attend an Australia Day parade got lost in the post.

Brexit has failed to deliver a big hit to financial services employment in London, with international banks maintaining most of their staff since the vote to leave the EU and big asset managers hiring in the UK capital.

Wry & Dry comments:  Nine of the world’s largest asset managers have ramped up hiring in the UK since the vote, with their total combined headcount rising 35 per cent to more than 10,000 employees over the period.

“WE HAVE ONLY JUST BEGUN TO FIGHT!!!”

-  I-Won-I-Really-Won-Trump, in a tweet over the weekend, after the US Supreme Court rejected hearing a case brought by Texas for the votes to be nullified in the four battleground states.

This is getting worse than the madness of King George III.  The boy has lost in completely.  The world is still waiting for those men in white coats to arrive.

A critical care doctor in Houston, Texas, has said that more than half of the nurses in his unit won’t get the coronavirus vaccine for "political reasons".

Vacation: Wry & Dry will quiver his quill for a summer break and return on Friday 29 January.