Irreverently reviewing the week
Home » What Are You Looking For? » Wry & Dry » No. 30 FY-17 » The poll tolls for Turnbull. GDP surprises on upside. Company profit wrap.
Load Previous Article

Wry & Dry has always considered the Oscars a somewhat self-indulgent, populist and narcissistic, but very well-dressed, event.  And the very name of the awarding institution, the Academy of Motion Picture Arts and Sciences, should be the subject of charges of egregious misrepresentation [1].  There is nothing academic about the Academy.

And the fiasco of the Night at the Oscars proved to be the epitome of the political world in which Australians now live: egos, bitching and chaos dressed up to be sober and reflective decision making.

More on this later.

Oh, the dizzy heights.  Global share-markets have leapt at Tsar Trump's pledge of a trillion-dollar infrastructure plan for the Yoo-Ess-Aye.  Clearly the Tsar recalled the quote emblazoned across his casinos: "You have to think anyway - so why not think big?"  W&D wonders who is going to pay for all of this?

If asked, and continuing the Motion Picture theme, Tsar Trump would most certainly respond as Rhett Butler did, "Frankly (my dear), I don't give a damn." [2]  Translation: the future taxpayers.

Back home: some good news for beleaguered Australian PM, Croesus Turnbull.  The Australian economy is now growing well above where it was thought to be.  This week it was announced that in the December quarter the economy grew at 1.1%, well above expectations of 0.6%, and after contracting 0.5% in the September quarter.  Annual growth rate was 2.4%.

But wait there's more.  The long-suffering manufacturing sector recorded its best month of business since 2002.  Are these the green shoots of ... Oh, never mind.

It's never mind because Treasurer Jim Morrison doesn't know how to publicise good news.  Imagine what Keating or Costello would have done with 'a beautiful set' of numbers [3].  Morrison may or may not be a good Treasurer, but good grief he is as exciting as an ageing priest at a rain swept graveside funeral for an unloved grumpy great uncle.  The government needs some energy - it's plugged itself into a wind-farm-generated electricity grid on a windless day.

But First Samuel's clients are energetic about the 'beautiful set' of dividend numbers arising from profit reporting season.  They enjoyed a dividend increase of 17.4% over the same time 12 months ago.  And that's on top of share price increases.  See Investment Matters, below, for more.

Meanwhile, W&D dips his lid to they-the-taxpayers of Sweden. 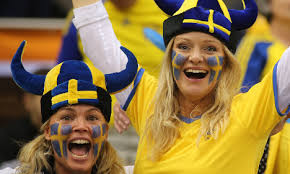 In 2016 Swedes paid SKR40 billion ($4.5 billion) more in tax than they needed.   The reason?  Bank deposit rates are less than 0%.  Yet the government was paying 0.56% in interest on overpaid tax. So the Swedish tax office has become the bank of choice!

Nice work, if you can get it.

Speaking of nice work, former First People of the US, Mr & Ms Obama have just signed a US$60m book deal.  Ms Obama's only book to date was about food and gardening.  W&D imagines the next one will be titled 'What living in the White House Taught Me About Food and Gardening.' Mr Obama has written a couple of successful books.  W&D expects the next one to be titled 'I'm Getting Paid $60m For This Book, Bill Clinton got only $15m for his.'

W&D wants readers to spare a kind thought for the hapless Wannabee UK Prime Minister, Jeremy 'Jezza' Corbyn.   Australian Opposition Leader William Shorten's polling as preferred PM is still below PM Croesus Turnbull's.  But he is in heaven compared with his UK counterpart.  Outside of his immediate family, Jezza is as popular as a PwC accountant at the Oscars.

Last week, Jezza presided over UK Labour's worst by-election result imaginable.  It lost a seat to the Conservatives (i.e. the centre-right-wing party) it had held since 1932.  And it was the first by-election to result in a seat win for a UK government since 1982 (under PM Thatcher).

Labour's polling is now just 25%, with the Conservatives on 42%.  Remember that the UK has the 'first past the post' system - there are no preferences.  Oh dear.

And it's certainly Oh, dear, Down Under.  Wry & Dry is not sure when he began to get depressed about Australia's political and economic leadership.

Was it when former PM John Howard decided to cling to power like an African despot (see below for article on Zimbabwe and Robert Mugabe) and not pass the baton to Peter Costello?  Thus ensuring the ascent of unarguably the worst-ever manager of the purse strings of Australia: Wayne Swan.

Or was it when the Opposition Leader Abbott appointed Joe Hockey as the Shadow Treasurer?  Thus ensuring that when Abbott got elected as PM that we-the-taxpayer would be saddled with unarguably the second-worst Treasurer in Australia's history.

Or was it a cake-mix of events: the above plus:

This week saw the beginning of the end of the Croesus Turnbull government.  Just as William Shorten was looking as exciting as the above-mentioned graveside priest, with Labor's renewable energy targets getting impaled on the voter and industry bad moods of increasing power prices, up comes one of those heaven sent events to distract the world from Labor's stumbles.

No, it wasn't the hand grenades continuing to be lobbed into the government's tent by the malevolent former PM Abbott.

It was the Fair Work Commission's Sunday penalty rates decision.  Don't worry that William Shorten had vowed to respect the decision and it was he who set up the process in the first place.  There is nothing that galvanises the left like industrial warfare.  A decision affecting a small number of Australians with broader economic upside was turned into an assault on all working Australians.  Imagine the ads at election time: impoverished family at a meal table littered with scraps, with a crying baby and a disheveled and distressed mother, with a voice-over blaming Croesus Turnbull.

Croesus Turnbull couldn't get the good side of the decision across in parliament and the media.  Because he ignored it to focus on Shorten's duplicity.

Never sent to know for whom the poll tolls.  It tolls for thee.

And W&D wonders if the rise of One Nation is a matter of geography?  Does One Nation's vote increase the further the voter is from a capital city.  As is the case in France with the far-right National Front:

W&D has heard of an 'app' called Snapchat.  And has no idea what it is or does.  But it must being doing something right.  Last night its parent company floated on the New York Stock Exchange.  And the share price leapt more than 45% from its IPO price of $17 a share.  So its value went from $19.7 billion to $33 billion.

Nice work, if you can get it.  But, but, but.  The company listed non-voting shares.  That means stockholders will have no sway over things like director nominations and executive compensation, and they won’t be able to bring matters before the annual meeting.  Snapchat, which posted a net loss last year of $515 million, even as revenue climbed almost sevenfold, has some things to prove.  It needs to continue to increase revenue per user, address slower user growth - which fell below 50% in the fourth quarter for the first time since at least 2014 - and centimetre-ing closer to profitability.

W&D senses a GoPro (the action camera company) coming on...

Elsewhere: some views on Italy and Zimbabwe.  And Miscellany to soothe your troubled mind.

[1] It started as an employer body established to negotiate with trade unions in Hollywood in the 1920s.  And today is little more than an archiving institution that present awards for the various constituent parts of a movie.  The criminality of the awards is shown by that amazing film Zulu not winning any Oscars.

[2] "Frankly, my dear, I don't give a damn" is a line from the 1939 film Gone With the Wind starring Clark Gable and Vivien Leigh. The line is spoken by Rhett Butler (Gable), as his last words to Scarlett O'Hara (Leigh), in response to her tearful question: "Where shall I go? What shall I do?" Scarlett, however, clings to the hope that she can win him back.  This quotation was voted the number one movie line of all time by the American Film Institute in 2005 and by the Hollywood Reporter. Number two was "Here's looking at you, kid", from Casablanca.

[3]A "beautiful set of numbers" were the words used by former treasurer Paul Keating to describe the December 1989 national accounts. Be careful what you wish for.  A few months later the economy slid into recession.