The cigar smoking former dictator and communist was, if nothing else, a burr under the saddle of more US presidents than any other leader of a country.  Only five presidents had to deal with Stalin, six with Mao Zedong and Colonel Gaddafi.

But Presidents Eisenhower, Kennedy, Johnson, Nixon, Ford, Carter, Reagan, Bush, Clinton, Bush and Obama each had to somehow manage this messianic leader of a country a mere 145 kilometres from the Yoo-Ess-Ay (although Bush and Obama had to deal with Fidel's brother, there was no doubt that Fidel smoked the big cigar).

Younger readers may not know that Castro was a revolutionary communist who took over Cuba in 1959 from the hopelessly corrupt President Batista.  In a policy refined in the 1950s of assisting corrupt but politically friendly and economically amenable dictators [1], the Eisenhower administration did its best to keep Batista in control.  But the stench of corruption was too much.  The very shrewd Soviet Premier Khrushchev saw his chance to help the young and energetic Castro and put a tank on Eisenhower's front lawn, as it were.

To say that the US wasn't comfortable with a communist country under its nose at the height of the Cold War would be an understatement.  The Russian missile crisis and Bay of Pigs invasion fiasco were two defining events of the early 1960s.

Castro was messianic because of his links with that other cold war revolutionary, Che Guevara, and because of significant anti-American sentiment (both within the US and world-wide) at the time. 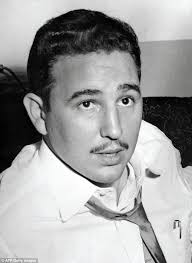 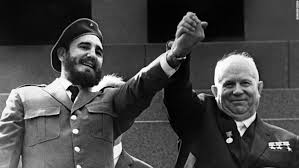 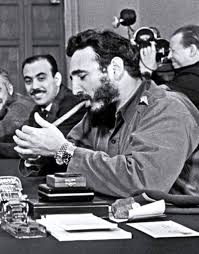 And it's that messianic, revolutionary image that caused such a weird outpouring on his death this week.

The usual soft heads of Australian politics came out with the predicable eulogistic adoration: Senator Kim Carr, ex foreign minister Bob Carr and the Greens.  W&D would have expected nothing less.

But W&D was surprised by the plaudits offered by Canadian President Justin Trudeau.  "It is with deep sorrow that I learned today of the death of Cuba’s longest serving President.... While a controversial figure, both Mr. Castro’s supporters and detractors recognized his tremendous dedication and love for the Cuban people..."

This extraordinary piece has brought forth a delicious outpouring of mocking obits, including:

"Osama Bin Laden was certainly a controversial figure, but his contribution to airport security is unparalleled.

"Whilst a controversial figure, Mr Stalin's greatest achievement was his eradication of obesity in the Ukraine through innovative agricultural reforms.

"While controversial, Henry XVIII loved all of his wives equally, and was an early purveyor of women's rights.

"We mourn the death of Vlad the Impaler, who spearheaded initiatives which touched the hearts of many. 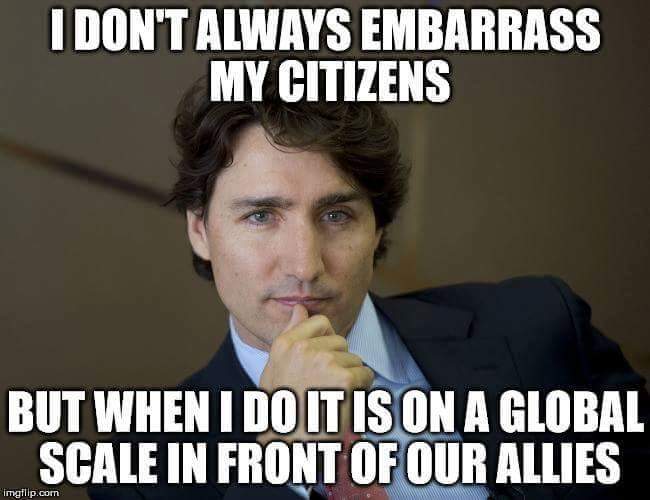 Allow W&D to have the last word.

Castro was a dedicated communist, who in 2006 was estimated by Forbes magazine to have personal net worth of $900 million.

[1]  Politically: the policy extant as recently as in those dictators overthrown by the Arab Spring of 2010.  Economically: at the start of 1959, US companies owned 40% of Cuban sugar plantations, 80% of the country’s utilities and most of its cattle ranches, mines and oil businesses.