Irreverently reviewing the week
Home » What Are You Looking For? » Wry & Dry » No. 20 FY-17 » Forget the Mexican Wall. It's about Economics and Politics 101.
Load Previous Article

Forget the Mexican Wall. It's about Economics and Politics 101.

Trump went to the American people with an erratic, variable and oftentimes confusing deck of policy cards.

But W&D sees it as essentially a hand of just three cards: The Wall, People Economics and Turtle Diplomacy.

One card is right wing.  One card is left wing.  The third is a wild card.

The Wall (aka the Great Wall of Mexico) will not be built.  Muslims will not be exported or denied entry into the US.  American firms will not be penalised for having factories in Mexico.

Why did we ever think these things would happen?

Because we confused literal comments with figurative comments.  We took literally that which was figurative.  Because of the inflammatory and extreme right-wing basis of Trump's comments on these issues they got the airtime.  But it was fatuous to calculate the cost of The Wall (as W&D did, with some precision he hastens to add), because The Wall didn't and doesn't matter.

It is the idea of the Wall that matters.  And many American voters were happy that they understood that.

Mind you, there will be some who will have their personal Watch-The-Wall-Being-Built website.

Readers should expect a shift from monetary policy (i.e. relying on low interest rates) to fiscal policy (government spending).  This is the nuts and bolts of Trump.

So there will be considerable infrastructure spending and significant tax cuts.  This will be coupled with a dose of old fashioned protectionism: not only does he want to abolish, not sign or significantly amend a variety of free-trade treaties, he wants to place 45% tariffs on Chinese manufactured goods. (In W&D's ever so humble view, things will quieten on these issues).

See the accompanying Investment Matters for more on this.

This is where the worry is.  Trump is a businessman and has a sense of, at the very least, the rudiments of economics.

But all of his comments and international experience suggest that he has little or no idea about the world outside of the Yoo-Ess-Ay.  Perhaps like many who voted for him.

With a strong tilt towards isolationism, Trump has said:

This is the area where Trump's words might get even further ahead of his brain.  And unlike the domestic world, where many people sense the difference between that which is literal and that which is figurative, the international world has a third dimension: tribal ambition and complexity.  It is not binary.  Consider, at the very least:

As Tip O'Neill, Democrat Speaker of the House, said to Ronald Reagan, Republican and neophyte President, on his election in 1980, "Son, you're playing in the Major League, now." 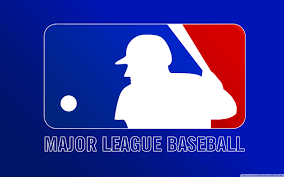 Well, now there is no Democrat Speaker of the House.  And possibly the only person who might say to Trump that he is now playing in the Major League is Angela Merkel.

But, firstly, Trump doesn't speak German (but his wife does) and, secondly, he thinks he is the Major League.