Elections throw up many uncertainties.  Many go unnoticed.  Some surface just at the wrong time.  Some have the most profound effect.

And so Wry & Dry solemnly notes with dismay the possibility that One Nation Senator Rod Culleton may lose his Senate seat and the $200,000 p.a. of dosh that comes with the gig.  All because of his possible ineligibility to be a Senator in the first place.

W&D's dismay is that this man is arguably the maddest and yet most entertaining Senator this country has seen.  And when one considers the roll-call just of other current nutters in the plush red seats: Hanson, Roberts (also One Nation party); Lambie (Lambie); Xenephon (Xenephon) and Rhiannon (Greens); it's a big statement.

Culleton's media conference on Wednesday was full of more illogicality than Donald Trump might offer. W&D knows that very few people these days read the Spencer Street Soviet (aka the Melbourne Age).  But W&D occasionally draws upon what is, effectively, a sporting newspaper with a lunatic-fringe front-end, for direct quotes.  Consider the following (sliced from The Age) from Culleton's press conference:

Without him the Senate will be boring, even predictable. Speaking of boring, readers might have noticed that the stock markets was anything but boring this week.  The ASX is down about 1.5%.  And Wall Street by a little more.  Financial year to date, the ASX (including dividends) has returned about 1.2%.

And the culprit?  According to the financial media and self-appointed investment gurus it all had to do with the possibility of Donald Trump winning the election.

Person the lifeboats?  Err, no.

Firstly, it's too late.  Over-valued stocks should have been sold some time ago.

Secondly, the markets' nervousness is more about simple maths.  The market is over-valued: the ASX is trading on a P/E of over 16.  An over-valued market will always correct.  It will correct because it is over-valued.  Not because Trump becomes President, an Italian bank defaults or a country votes to leave the EU.

Which brings W&D to Brexit.

Article 50 can only be invoked by parliament said a Ms Gina Miller [2] and others (including a hairdresser and ex-pats living in France).  And they (Ms Miller et al) lawyer-ed up and took the case to the UK High Court.  And yesterday the Honourable Justices agreed.

This is a stone in the Ferragamos [3] of Ms May. 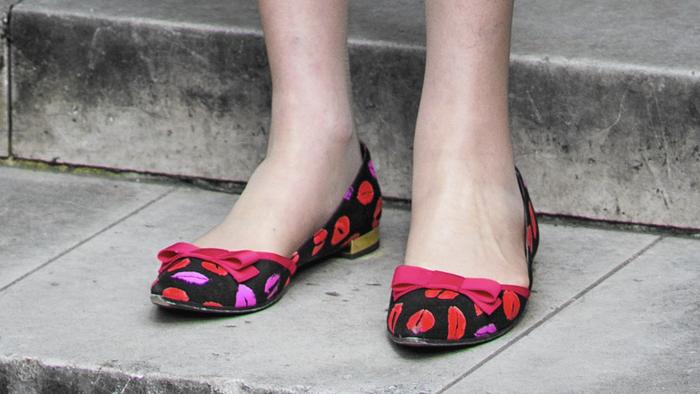 She now has to take the Brexit terms to parliament.  Ms May has favoured a 'hard' Brexit.  "Brexit means Brexit," she says.  But some of her colleagues would prefer a 'soft Brexit', that would, if negotiated, keep the UK half in and half out of the EU.  W&D isn't sure what a 'soft Brexit' looks like.  MPs and peers (those lounging in the House of Lords) would not block Brexit altogether, though.

Ms May will now appeal the case to the UK Supreme Court (the final court of appeal in the UK [4]).

Meanwhile, the shareholders in GoPro, the maker of those cube-shaped action cameras, would wish to appeal to somebody about their investment.  The stock is down over 50% in the last 12 months, falling as much as 25% yesterday.   Which is only just a little better than Fitbit, another wearable gadget maker, the share price of which fell 30% yesterday.

These stocks are suffering significant falls in sales, as the-young-and-the-active just do not have the brand loyalty hoped for.  Ah, competition.

And, as surely as night follows day, W&D expects the French air traffic controllers to again go on strike.  In September they had their 14th for the year.  W&D thinks that is just not good enough.  Why allow foreign terrorists to ruin French tourism when the French can do it themselves? With some effort the lads can put a good twenty strike days on the board for the year.

Later, readers can read how the price of oil just won't go above $52; how a French bank found an extraordinarily profitable piece of business; and W&D's final view of the US Presidential election.

Elsewhere, Follow The Money updates the odds on the US presidential race.  And, good grief, Trumpster makes a significant comeback.  But too late?

[1] 'Article 50' is Article 50 of the Treaty on European Union (aka the Lisbon Treaty), which came into force in 2009 and it sets out the process by which member states may withdraw from the EU.  Once article 50 is triggered, there is a two-year time limit to complete negotiations. If negotiations fail to reach agreement, the member state leaves with nothing. This process is generally accepted to leave a seceding member without any bargaining power in negotiations, because the costs of having no trade treaty would be proportionally far greater to the seceding individual state than the remaining EU bloc.

[2]  Ms Miller was previously famous for her battle for UK investment managers to fully disclose their fees.  On that matter, W&D concurs.

[3] A brand of lady's shoe, sometimes worn by Ms May and with which W&D is all too familiar.

[4] The Supreme Court assumed the judicial functions of the House of Lords (the 'Law Lords'), i.e. the 12 judges appointed as members of the House of Lords, in 2009.  So the Law Lords, with whom W&D was in awe as a law student, exist no longer.  Rylands v Fletcher; Donoghue v Stevenson and, most famously, Bolton v Stone are judgments that come to W&D's mind.  In Boulton v Stone, a householder was hit by a cricket ball (a massive six) and she sued the batsman and the cricket club.  She lost: the damage she suffered was not reasonably foreseeable.

By the way, the current President of the Supreme Court is David Edmond Neuberger, Baron Neuberger of Abbotsbury. His Lordship is nothing if not controversial.  In May 2010, he gave a controversial, ex tempore dissenting judgment that the trade union Unite had not complied with ballot rules under trade union legislation.  In July 2010 he ruled that peace protesters in Parliament Square who had camped out in Democracy Village should be evicted after the protesters lost an appeal.  In May 2011, while commenting on super injunctions, he said that social media sites like Twitter were "totally out of control" and society should consider ways to bring such websites under control.