A deeper look at the things that matter
Home » What Are You Looking For? » Wealth Intelligence » General musings » Traveller's Tales: do the EU, UK or Russia really matter?
Previous

Traveller's Tales: do the EU, UK or Russia really matter?

Recent meetings in Moscow, London and Zug led to some general musings on three international subjects about which First Samuel clients often ask.

First Samuel clients often ask whether the EU, UK or Russia really matters to their long-term wealth.  The answer is, it's a maybe.  Japan, South Korea, China and India are important from a trading point of view.  The United States is important as a driver of economic growth for other countries, as well as for monetary policy settings.

But the EU is the world's second largest economy, Russia its seventh and the UK its 10th (all PPP basis).  Indirectly, their economies do influence Australia's.  And importantly, their monetary settings, especially the EU's, are significant.

And, indulgently, the politics of each deeper and much more interesting than Australia's.

EU: when will it fail?

Sigh. The EU was born in idealism and is struggling with reality. Perhaps, in a world where next year is a long time, we lose the perspective of history.

Brexit was just one of what will be many forks in the long EU road. There will be more. But, it's really too early to write of success. Or failure.

Remember that the union of the states of the middle of the North American continent took nine decades and then a bloody civil war for its people to decide what it would look like. And that was with people who spoke the same language, had a shared ideal of opportunity, had virtually a clean sheet of paper upon which to shape their idealism and the little history of internecine violence.

A union of established nation-states, with hundreds, if not thousands of years’ of history, must be more difficult. This is the EU. Without a common language, long memories of past injustices and deep undercurrents of tribal nationalism, the fact is that economic self-interest, strong institutions and a growing habit of collaboration will inevitably clash with the essence of nation-states.

That essence is typically made up of a shared language, history, culture, ethic and customs; and includes a sovereign government. And until many generations have become used to the concept, and are happy with the reality, of a union, the essences of the individual EU nation-states will remain.

Today’s EU’s peoples are first generation European Unionists. There is not the surety that a mature union provides. Hence the current EU fragility. And this fragility is shown by the threats from within (the bureaucratic elite becoming more elite, but not knowing it); economics (Greece); money (euro-crisis: Greece/ Italy); politics (Brexit) or demographics (2 million refugees).

Consider Italy. Itself, it is a sovereign nation made up of disparate regions, which come together only for the World Cup (soccer). Only 62% of Italians speak the Italian language at home. The rest speak the local dialect.

Or Spain, where over the weekend there was the 'illegal' referendum in Catalonia (a small but wealthy part of Spain, centred on Barcelona). The Catalonians wish to be independent of the rest of Spain and be a sovereign state.

Perhaps the EU will morph into a superstate of a multitude of small nation states. But perhaps not. Self-determination is not encouraged by governments: consider the Basques, Flemish; or Tyrol, Scotland, Corsica or Northern Cyprus in Europe. Or, more broadly, Kurdistan, Tibet, Chechnya, etc.

But for now, there are four very different views as to which way the EU should go.

Firstly, the Eurocrats, those Brussels' bureaucrats, led by the awful president of the European Commission, Jean-Claude Juncker, who want a European superstate controlled by the bureaucrats. And these gnomes do not care for the opinions of those who do not share their ideal. Or how much economic pain is suffered by the average European to prop up their ideal (how many billions have been/are wasted on Greece?). They just want control for their vision of Europe. And they push to the extremes of politics, mostly to the right, those who don't agree with them.

Secondly, the French, with a revitalised view of Europe under the charismatic M. Macron, want a superstate dominated by the French. They are totally alone in that view.

Thirdly, the Germans want the status quo, as long as the currency (euro) is relatively weak and the Germans don't have to bail out any more profligate southern states.

Fourthly, the Others, the remaining EU countries that seem not too unhappy to wear the current meandering, ill-fitting EU suit, repairing the torn seams as they arise.

But the reality is that the current EU issues are EU issues of the 2010s. There will be different and bigger ones in the 2020s.

History doesn’t run in straight lines. And neither will the evolution of the EU.

The exemplar of crooked historical lines is Brexit. Brexit axed a wishy-washy Prime Minister (Cameron), delivered an unprepared replacement (May) and gave a stage upon which UK's Tony Abbott (Johnson) could perform.

As to the overall Brexit outcome, the UK will, eventually, be better off for Brexit and the EU will be less-worse off. But it will take some years for these outcomes to become apparent.

Brexit appears to be amazingly messy for two reasons.

Firstly, the Eurocrats want it that way, so as to discourage other nations from exiting. In Brussel's view, the more difficult, the more uncertain, the more painful for the UK, the better.

Secondly, May inherited a referendum outcome not thought possible. Whilst many speculated as to the consequences (currency collapse, economic disasters, etc), no-one had thought through "how to do a Brexit".

So the UK government is making it up as they go along. And curiously, the biggest issue seems not free trade or otherwise with the EU. But how to manage the Irish/ Northern Ireland border.

The UK will, in the end, succeed economically because it works harder, has the necessary mercantile instincts and still has a strong place in the global economy (although a Jezza Corbyn as PM would set the clock back to the 1970s, but that would occur regardless of Brexit).

The EU will be less-worse off. The shock of Brexit will force some toning down of the arrogance of the bureaucratic elites; the long-term benefits of 2 million refugees becoming citizens (although that will not be without problems) will emerge and the power of such a large trading bloc will be a most useful economic base.

Of more curious interest is that the UK government has its own Tony Abbott. That energetic bull-in-a-Wedgwood-shop, but member of Cabinet, Boris Johnson, is doing his best to undermine PM May’s trudge toward Brexit, with public pronouncements contrary to May’s. Boris, like Abbott, is a self-absorbed wrecker.

But whereas Abbott and his small collective of right-wing, social conservatives are simply hell-bent on revenge against Turnbull, even if it means loss of government; Boris is, to W&D’s mind, merely a front-person for others within the UK government who don’t think that May is up to the mark. He is just a noisy stalking horse.

May is a lot smarter than Boris. And plays the long-game. But politics is no longer about the long-game (unless you are in Germany). May needs to keep ahead of the Boris curve. As well as Jezza Corbyn. 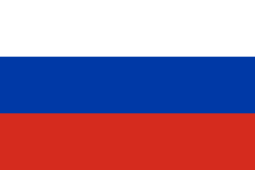 Russia is in long-term decline. Vladimir Putin has the support of 85% of the people, who love his nationalism and hairy-chestedness (although his chest is actually barren). But the decline in oil and gas prices has robbed his coffers of much revenue (although, by allowing the rouble to float and hence devalue, the hard currency income has not been as badly affected). China screwed Russia with its long-term gas contract pricing. Russia's population is declining. Corruption is endemic.

The middle-class, that for the first time in Russia's history emerged after a few years of Putin, has all but disappeared. The average wage in Russia has dropped 18% in the last two years to under US$5,400 p.a., less than China's.

But there are two 'buts'.

Firstly, there is something stoic about Russians and their forbearance of hardship. Generations of suffering (and the Russian Orthodox Church's ‘it’s God’s will’ reasoning) means that it will take a lot more pain before the average Vladimir is moved to effectively dissent.

Secondly, Putin is probably the finest Russian leader since Alexander II (who abolished serfdom in 1861, but was assassinated for his troubles. Although he did sell Alaska to the United States). Putin (with his oligarch mates) is firmly in control. And will probably remain so for many years.

Putin has repaired Russia's borders to capture Russian-speaking self-determinationalists in Crimea and eastern Ukraine. Illegally, but this is Realpolitik. And has effectively pushed-back NATO's eastward move. He has re-ignited a nationalistic paranoia to paper-over the economic shortcomings.

His meddling in Syria and Iran is not much more than the ongoing Russian game of being a pest to the US.

His deep problems are economic. How does he get an effectively land-locked country without a quality manufacturing base; high-technology industries or motivated workforce to become economically successful?

That will take more than a few years.